Pauline Ferrand-Prévot became the first winner of the Women’s Gravel World Championships on Saturday, with the French woman winning a two-person sprint in the Italian city of Cittadella. 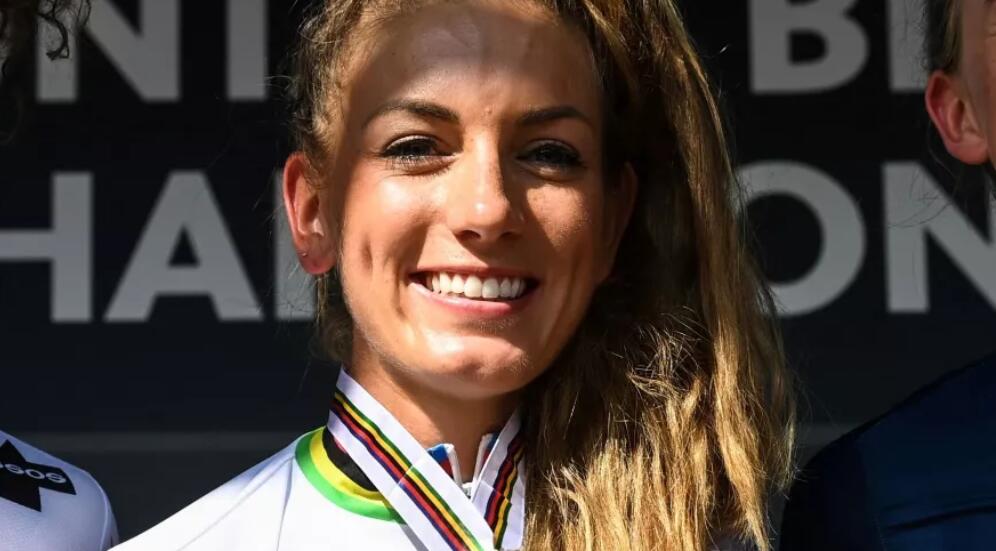 Ferrand-Prévot had the backing of many to win the event, and he was there throughout the day’s 140km race, first infiltrating a large group and then leading a smaller group of five in the final two hours.

The leading group was split in the final kilometer, and Ferrand-Prévot easily beat the challenge of Swiss mountain biker Sina Frei.

That means Ferrand-Prévot, who is about to join Ineos Grenadiers’ mountain bike division, has collected her fourth rainbow jersey in just two months, having previously won gold medals in this summer’s mountain bike cross-country, short track and marathon events .

Meanwhile, Frei finished second and Italy’s Chiara Teocchi finished third, a reminder of the off-road skills of gravel racing, a pair both from mountain bikes that, despite the smoothness of the road, rejected road riders.

The Veneto region of Italy was chosen as the venue for the inaugural UCI Gravel Worlds, a 140km circuit that starts in the city of Vicenza and ends in the medieval walled city of Chitadella.

After much of the ride along the Bacchiglione and Brenta rivers, a large group of 20 riders left early. However, it wasn’t until an hour into the race that a leading team of five drivers split from the initial break.

While there are many WorldTour road riders on the starting line, off-road specialists are at the forefront of the race, most notably Ferrand-Prévot. Next to her are America’s star gravel drivers Lawrence Stephens and Frey.

Italy is represented by Teocchi, while Jade Treffeisen also finds himself in the lead, with the German consistently performing well in the Gravel World Series.

Competing on tighter tracks with hard gravel and roads similar to Strade Bianche races, riders can get mechanical assistance in designated areas but must finish the race on the same bike they started. New viewers to the discipline will notice some riders using saddlebags on their bikes.

The chasers had a minor accident with 45km left, with some riders missing a turn and crashing, hindering their pursuit. As the kilometers passed, the gap between the groups steadily widened in favor of the leader, stabilizing at around 90 seconds with 35 kilometers to go. Stephens, however, was quickly left in the lead, with the four-leader advantage shrunk to less than a minute with just over 20km to go.

All of a sudden, the gap started to close rapidly, with only 35 seconds left, a reinvigorated chase group and the leader with 17km to go. That trend didn’t last, however, and once they made their way from the tarmac back to the gravel roads in the suburbs of Chitadella, their differences re-started in favor of the leaders. They were a minute ahead with 8km to go, but neither side seemed keen to attack each other.

With only three kilometers between the quad and the finish line, the riders left the final grass section, but they were still together. A short gravel road along the wall saw Trefisson momentarily loose as she tried to get through the fence, but she pulled the trio back.

Going into the technical final mile, Frei and Ferrand-Prévot used their better position to get rid of Teocchi and Treffeisen, and the Swiss and French entered the wall together.

Frei led the sprint, but Ferrand-Prévot rounded Switzerland to take home the championship by the length of the bike and Teocchi was delighted to take the bronze.