After conquering the team’s chase on Thursday, Ethan Haight added another rainbow jersey to his wardrobe during the men’s all-around event at the UCI World Championships.

The Briton, who also won the event in last year’s championship, looked assured in all four races, crossing the finish line by 20 points.

“It’s incredible,” Haight told Cycling Weekly at the centre of the Saint-Quentin-en-Yvelines track. “I think it will take some time to sink in.”

“I think of the four races, by the end of the last race, I’m probably the strongest,” he continued. “I know I can control the game.”

Last year, Hite won two games in the Omniverse, then won the final game with a staggering 54 points. The Briton had an even bigger win this round, finishing fourth, second and second in the re-start, tempo and knockout.

In the final moments of the points race, France’s Benjamin Thomas dug deep on the pitch to overtake his opponent for the silver medal. Earlier this year Commonwealth Games star Aaron Gate (New Zealand) finished third.

Britain’s Josie Knight also won her second championship medal with a bronze in the 3,000m individual pursuit. The 25-year-old set a new British record in qualifying with a time of 3-20.792 before beating Olympic gold medalist Mieke Kröger (Germany) for third in the race.

“The positional discipline is gone,” the Briton said of her final laps. “I just wanted to get it home as soon as possible. So I was obviously happy to hear the gunshot, it was me.”

An Olympic silver medalist, Knight was part of a foursome who finished second in the team chase on Thursday, losing to Italy. “It’s a bit disappointing to be so close to a world champion jersey in TP,” she said. “It’s only the second time I’ve played an individual event here, so I’m ecstatic to get an individual medal.”

British duo Neah Evans and Laura Kenny finished fifth in the women’s Madison, with the latter falling to the board in the final laps. 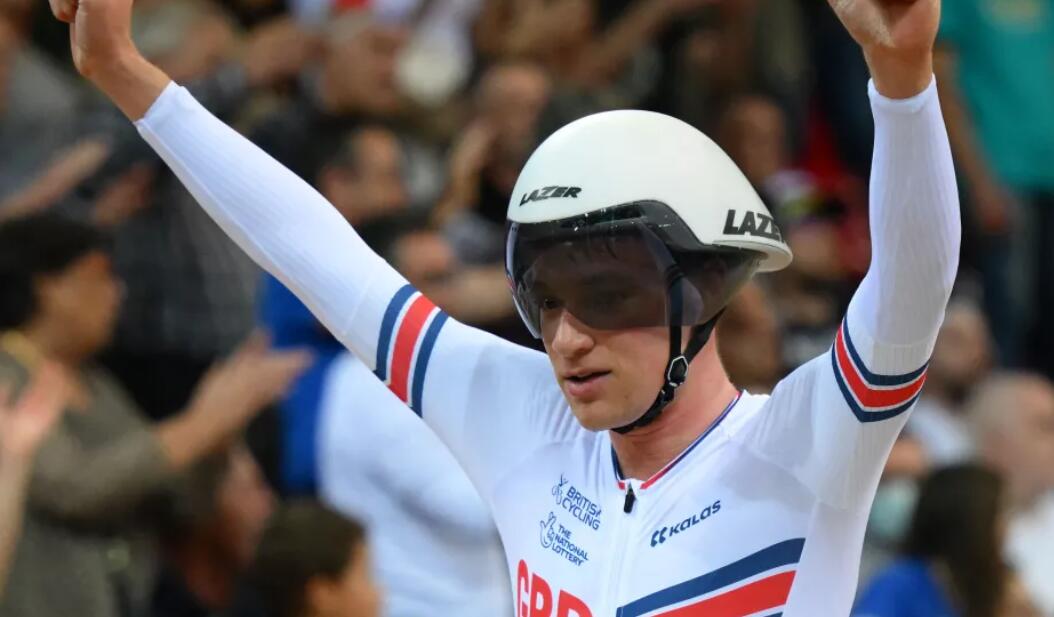 The event, won by Belgians Lotte Kopecky and ​​Shari Bossuyt, had a tense start when two early crashes brought the race to a halt. After the restart, after a third crash, the Frenchman found his form and began to extend his lead on the pitch.

The British pair fell into deficit for the second half of the 120-lap race, climbing to second in the standings. The Belgian then got a lap in the group, before defending Olympic champion Kenny collided with a New Zealander and slid down the slope.

“Madison is notoriously messy,” Kenny’s partner, Evans, told Cycling Weekly after the race. “Especially that one.

“There are a lot of interesting moves by other teams, like drivers resting in the race,” the Scot continued, “so you need eyes on the back of your head.

“I’m confident we can get to the final sprint and then obviously another team’s mistakes cost us [the chance for the bronze medal].