Hour record holder Filippo Ganner became only the second person in history to run under four minutes in the individual pursuit, breaking the world record by three tenths of a second with a time of 3-59.636 at the track and field world championships . 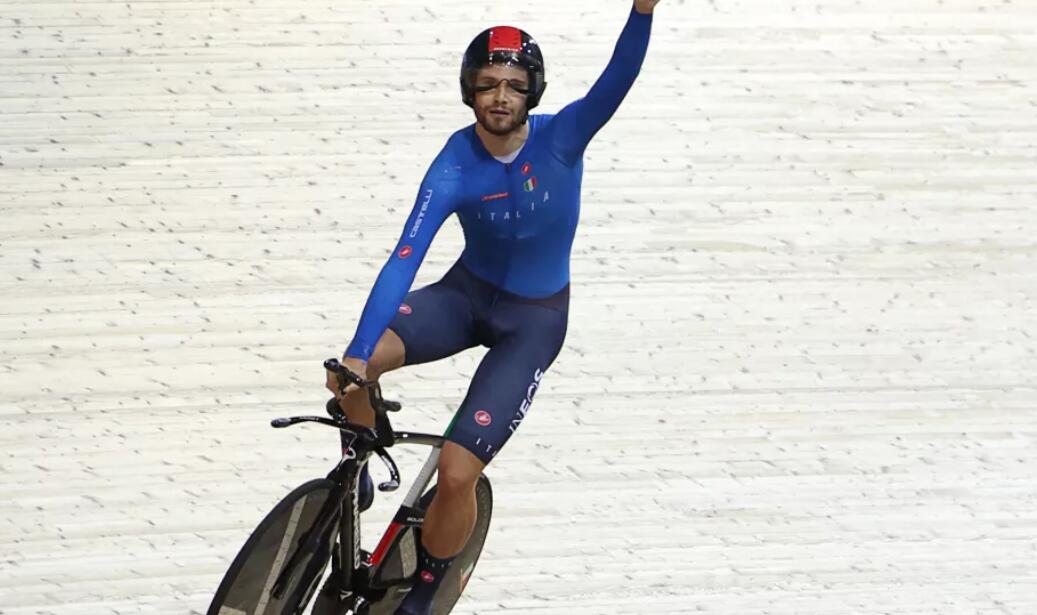 “I think today we have written a part of history,” Ganna told Cycling Weekly after the game. “This is an amazing moment for all of us.”

On Thursday, the Italian finished second in the team pursuit after he and his teammates broke the world record at last year’s Olympics.

The 26-year-old beat his compatriot Jonathan Milan by four seconds in the event’s all-Italian final.

Britain’s Dan Bigham failed to get on the podium with a win over Ivo Oliveira (Portugal) in the battle for the bronze medal. The team chasing the world champion set a new British record of 4-05.181 in qualifying, but struggled in the play-offs, five seconds behind his previous effort.

“I just don’t have it, it’s that simple,” Bigham said.

“You scrape off the barrel and ride it with whatever you have,” the Briton added. “I definitely gave it a good boost.”

Jennifer Valente (USA) emerged victorious in the women’s final, winning three of four events and adding an individual world title to the four events she already has in the team chase.

“It’s definitely been a long time,” the American told Cycling Weekly after the race. “I had my Olympic dreams come true before this, but it really stuck in my head for a long time.”

The Olympic all-around champion won the start, knockout and points race with 118 points.

“It’s a whole,” the 27-year-old explained. “People have good races and bad races, you just have to be consistent. The most consistent rider is the one that wins.

“No cruising. [I’m against] very strong competition, a lot of up-and-coming young drivers, and a lot of people who are ready to dig deep and try to put their name on the board.”

Maike van der Duin, 21, of the Netherlands, won the rhythm race by finishing second with 109 points after winning silver in Wednesday’s scratch-off.

In the men’s kilometer time trial, Jeffrey Hoogland (Netherlands) stopped the clock at 58.106 to keep his rainbow band ahead of European champion Melvin Landerneau (France).

The Dutchman also won gold in the men’s 40km points race, and Yoeri Havik was the only driver to complete three laps on the track to claim his first career world title. Britain’s Will Perret narrowly missed out on the medal, finishing fifth in his world championship debut.

“Honestly, I’m a little guilty,” Perrett said after the game. “I wish I could redo it.