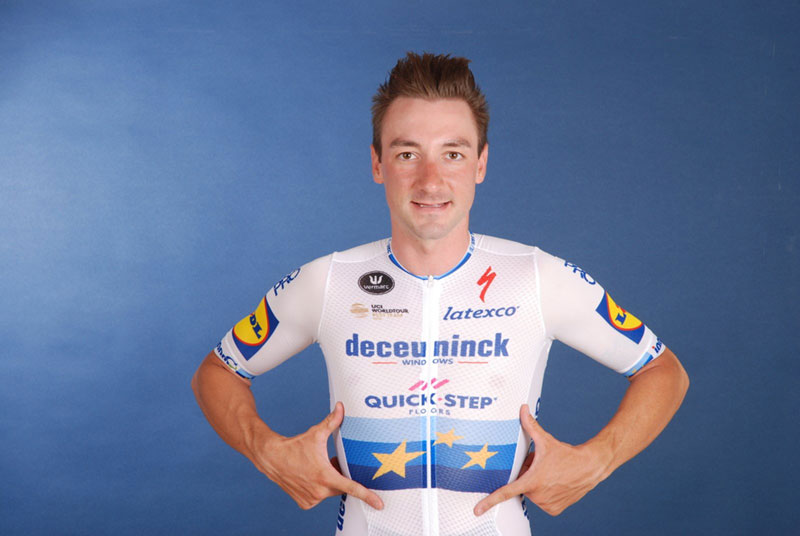 Prior to the Tour de France, Viviani lost to compatriot Formolo in the Italian National Championships and changed hands to wear a national championship shirt for one year. Last week’s European Championship, Viviani competed with Ackerman and Lampart. Attacked before the finish line, eventually defeated the latter to win the championship, harvested the ninth victory this year and won the opportunity to wear an honor shirt again. Recently, the Quick Step team announced the details of the championship shirt, with white tops and black riding pants as the color, which is more recognizable than the traditional dark blue Quick Step cycling jersey.

In addition to the logo of the quick-step team sponsor on the chest, the UEC logo below is also prominently used to indicate that this is a European championship shirt. In the following year, Viviani will wear this shirt in the road group competition until the next European Championship. However, after the end of the season, it will be transferred to the Kofidis team. Of course, the new team will also prepare a new championship shirt.