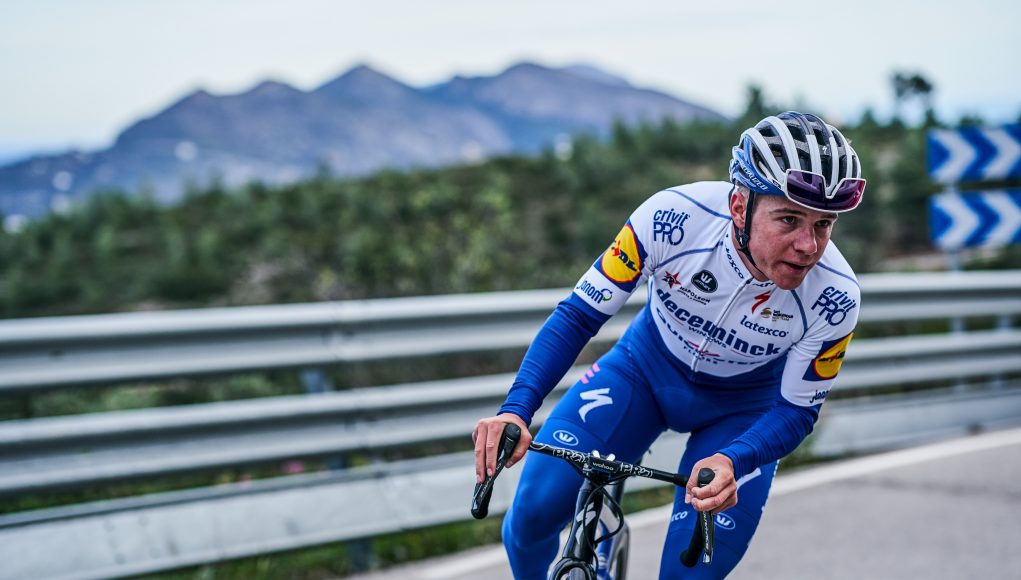 Remco Evenepoel will be handed his Grand Tour debut four months from now at the Giro d’Italia, his Deceuninck – Quick-Step team have announced.

Winner of five races in his first season – including the Tour of Belgium, Clasica San Sebastian and the European ITT Championships – the soon to be 20-year-old Evenepoel will be one of the youngest riders at the start, but the Belgian is unfazed by this, instead already drawing encouragement from his impending Grand Tour debut.

This year he will be wearing the new 2020 cycling kit introduced by the team to participate in the race. This cycling jersey is designed by Vermarc. Including the traditional blue and white of the fleet. The latter is even more prominent in the 2020 season. At the same time, the Wolfpack logo is artistically combined in the front of the cycling kits.

One of the squad’s top performers in 2019 – winner of five races, including the European ITT Championships and Clasica San Sebastian – Remco Evenepoel said of the new kit: “It’s very different to what the team had in the past years, but it’s really nice. When I first saw it, I just knew it was going to be a cool kit.

“The white and blue combination is beautiful and I’m sure it will stand out from the peloton. The wolf on the chest is also great and the sponsors fit in perfectly. I can’t wait to wear it in my first race and I’m sure also our fans will love it. A big thanks to Vermarc and the team for creating such an amazing and elegant kit!”