Julian Alaphilippe has been selected to represent France at the World Championships later this month amid concerns that he will be unable to compete due to injury. 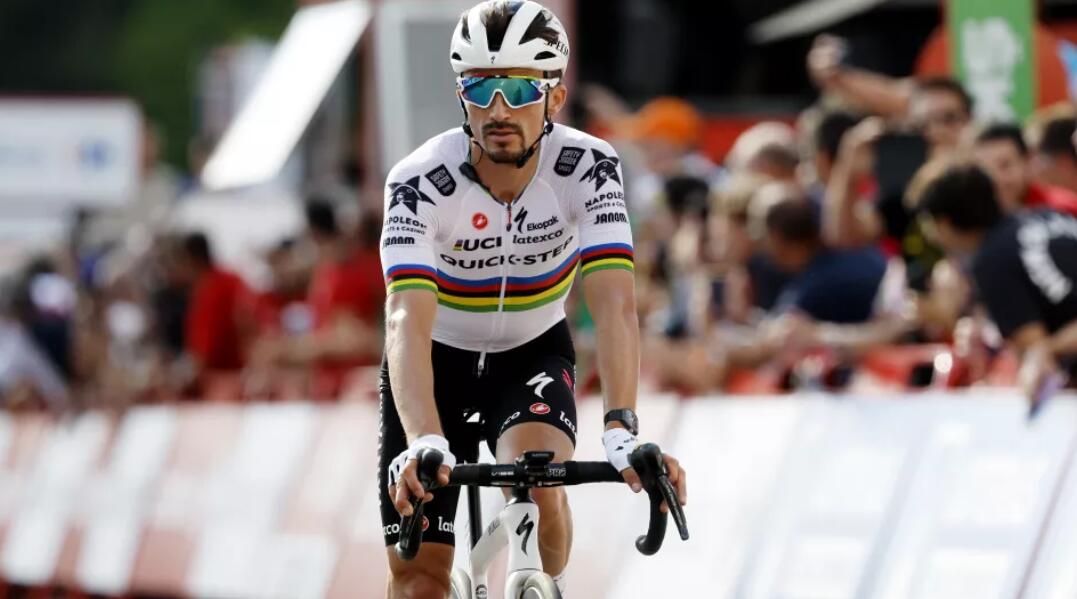 The reigning world champion abandoned the Tour of Spain less than two weeks ago after dislocating his shoulder in a crash on Stage 11. He has since been cleared to defend his rainbow jersey and will join Romain Bardet, Christophe Laporte, Valentin Madouas, Quentin Pacher, Florian Sénéchal, Pavel Sivakov, Rémi Cavagna and Bruno Armirail in the French squad for the event.

Following his exit from Vuelta, Quick-Step Alpha Vinyl released a medical update outlining that Alaphilippe had been allowed to resume roller training immediately.

“If movement and pain are manageable then he should be able to start full training in the near future,” the statement continued.

However, the Frenchman’s Quick-Step Alpha Vinyl team boss Patrick Lefrey recently advised his drivers not to race at the Worlds.

“He wants to take risks, but I don’t think it’s smart,” Livewell said in an interview with Sporza. “If I were him, I’d let the World Championships pass me by and put everything on the Italian game. But I understand – what I’ll call it – the pressure of French politics.

“I wouldn’t pay him to play for France. It’s nice to be world champion, but I’d rather have him play in our shirt.”

A win at Wollongong will see Alaphilippe join Peter Sagan as the only driver to win three straight titles in the men’s elite road race. It will also add a glimmer of hope to a difficult year for the French.

In April, Alaphilippe was hospitalized after hitting a tree at high speed during Liege-Bastogne-Liege. A statement from Quick-Step Alpha Vinyl confirmed that the Frenchman suffered two broken ribs, a fractured shoulder blade and a punctured lung, which kept him out for two months.

Within a month of his return, the 30-year-old had to withdraw from racing due to Covid-19 after winning the first leg of the Tour de France.

While he was selected for the Wollongong match, there were a number of notable omissions from the French squad, namely David Gaudou, Thibaut Pino, Arnaud Demar and Benoit Cosnefroy, The latter recently won the Quebec Cycling Grand Prix.