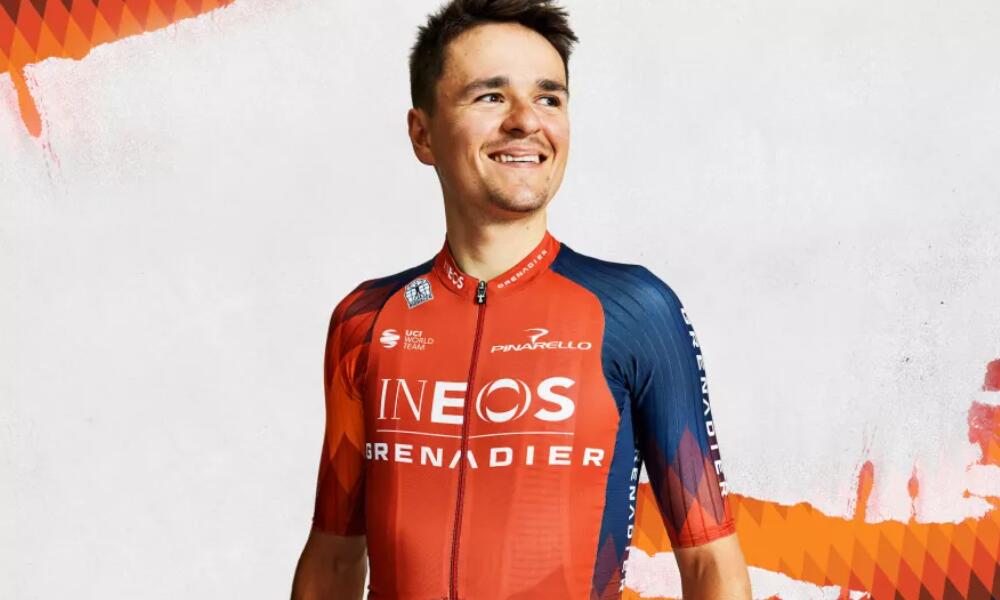 Ineos Grenadiers will play red, orange and navy in 2023, and the team will no longer wear the previous navy jersey.

The England team’s jersey was released on Monday with the tagline “Significantly faster”. Tom Pidcock, Egan Bernal, Geraint Thomas and Pauline Ferrand-Prevot all appear in the new comic strip.

This is a departure from the team’s previous colours, where navy is not the dominant color on the jersey; in its place are vibrant orange and red, which may be more reminiscent of the Bahrain Victorious.
The front of the jersey is red and the sleeves are orange, red and navy. The orange on the right arm is apparently “Safety Orange”, which is also the color used by the Ineos Britannia America’s Cup team, which is also sponsored by Ineos owner Jim Ratcliffe.

Team vice-captain Rod Ellingworth said in a statement: “The team is upgrading and shifting gears for our 2023 jersey. We are excited about the evolution of the design and hope our fans love this new look as much as we do. Ineos’ journey to red reflects the way we plan our race – with passion, grit and determination.

“The introduction of a distinctive orange color is also important. It will increase the visibility of our drivers at the races, like the orange gear they wear in training, help keep them safe on the road, and provide them with a solid foundation in all conditions. Backing it up. Bioracer has truly risen to the challenge with our 2023 jersey and we look forward to racing in this ‘Visibly Fast’ kit.”

With Carapaz and Roubaix winner Dylan van Baarle and others such as Adam Yates and Eddie Dunbar leaving the squad, the squad is in a rebuilding phase heading into the new season. 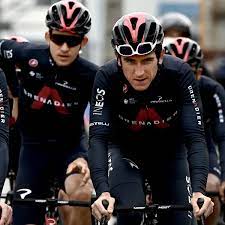 Danny Segers, CEO of Bioracer, said: “The ‘Visibly Fast’ of this 2023 kit highlights two of our main focuses as a cycling apparel brand. Fast, because Bioracer’s mission is to make you faster. Visible, because we believe You need to be able to ride and train all day, every day, regardless of daylight or weather conditions.”

The team will be wearing Bioracer’s Stratos Tempest jersey and winter jacket and Stormy raincoat.

Earlier this year, French multidisciplinary world champion Ferrand-Prevot became the first woman signed to the team; she is currently competing in cross-country.